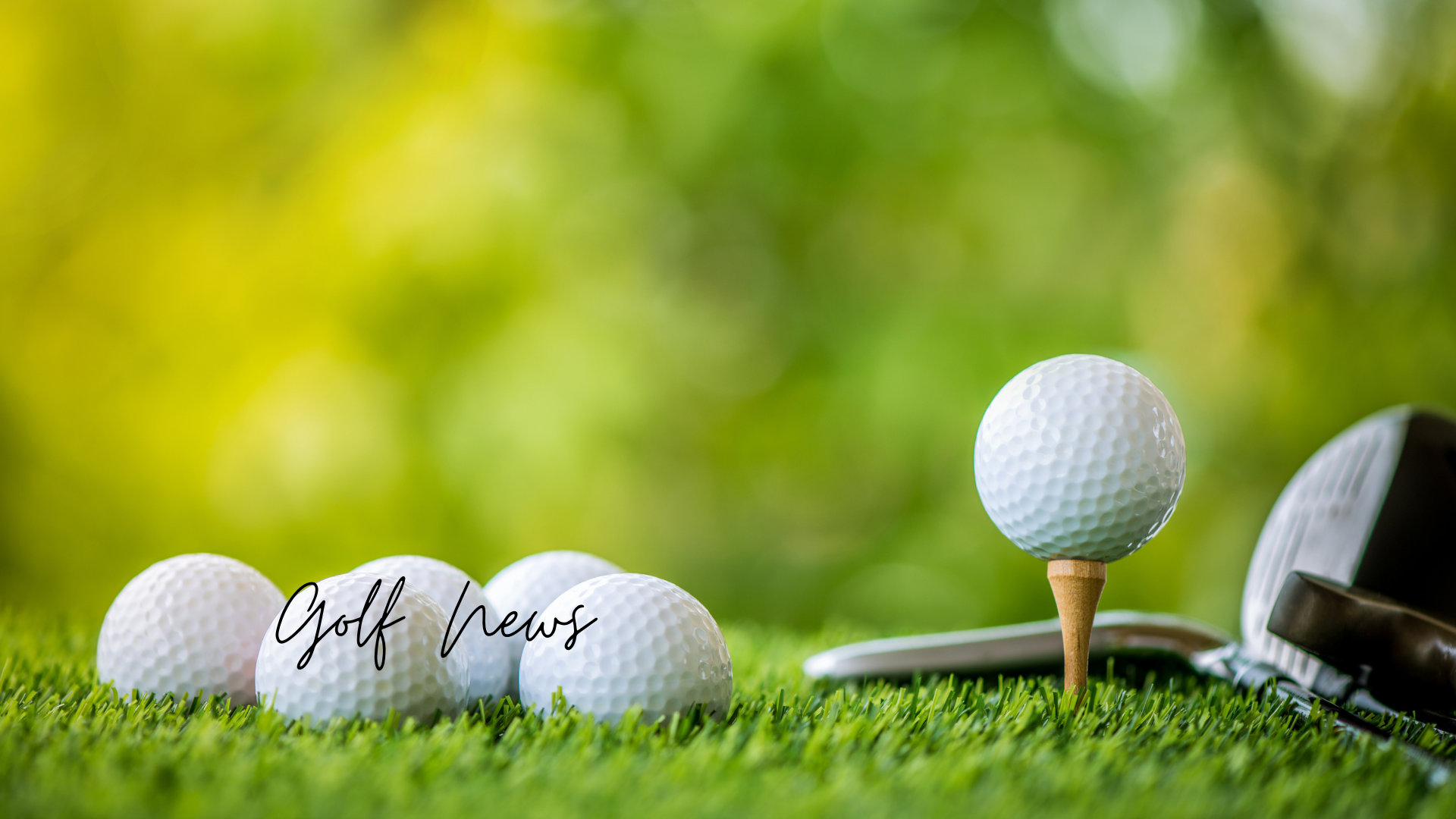 David Duval reflects on his 59: ‘The easiest round of golf I ever played’

It has been 22 years since David Duval became the third player in the history of the PGA Tour to shoot 59 during a PGA Tour event. He was also the first one to do it on a Sunday, and he did it in the most dramatic way possible, making an eagle 3 on the 18th hole to reach the magic number in the final round to win what was then the Bob Hope Chrysler Classic.

A lot has happened in Duval’s life since then. So, does he remember much about that historic day? You bet.

“I remember everything was easy all day,” he said earlier this week en route to picking up his 15-year-old son Brady at school. “It was probably the easiest round of golf I ever played. I had 11 birdies and an eagle, and I think I made a total of 52 feet in putts.”

According to the official statistics, he made 54 feet in putts, but that’s not the point. The longest putt he made all day on the Palmer Private Course at PGA West was 10 feet—a birdie putt on the 14th hole. He birdied the first four of the course’s five par 3s, the last one at 15, when he hit his tee shot to 18 inches.

It was at that point that Jeff Maggert, one of the other two players in Duval’s group (Bob Tway was the other) said: “I didn’t realize we were playing par 2s today.”

The Hope, which is now officially called The American Express, is being played this weekend and Duval knows it’s likely if he watches on television that he’ll probably see a replay of his 18th-hole eagle at some point.

“I don’t ever plan my schedule to watch golf, I’ve got too much to do around here,” he said. “But if I have time and it’s on, I’ll watch. I’ve seen the replay of 18 a lot and, being honest, I don’t ever get tired of it. That was during a time when I was playing great golf and MOST rounds were pretty easy. That one just got to another level.”

Duval said he first began thinking seriously about the chance to break 60 standing on the 17th tee. He had just hit a sand wedge to six inches at the par-4 16th and was 11 under par.

“I’d never really come close to breaking 60, but I’d had a couple rounds where I had a chance,” he said. “Once, on the Nike Tour I had a chance but didn’t play well enough the last few holes. Then, a few years later at Pebble Beach, I was eight under par after seven holes. I had birdie chances lip out at eight and nine and then missed some very makeable putts going around the turn. Probably should have shot 58; ended up shooting 62.”

Standing on the 17th tee in that 1999 round in the California desert, knowing he had a short (130 yards) par 3 and a reachable par 5 left, Duval knew he had a realistic chance to break 60. And it was very much on his mind.

“It occurred to me this might be the best chance I’d ever have to break 60,” he said. “It was something I really wanted to do. Honestly, I wasn’t even thinking about winning the golf tournament. Steve Pate [the third-round leader] was six holes behind me, and I had no idea what he was going to do the rest of the way. I’d won a bunch of golf tournaments and I thought I was going to have plenty of chances to win more golf tournaments. But I had no idea if I’d ever have a chance to break 60 again.”

Although 17 is a short hole—Duval hit 9-iron off the tee—it can be dangerous. There’s a drainage ditch that runs along the left side of the green and, with the pin back left, Duval played carefully and landed his tee shot about 22 feet right of the flag.

“It’s a fairly difficult hole,” he said. “If you land it right like I did, you’re putting towards the water. The greens were firm that day, and I knew the putt would be fast. In fact, Bob [Tway] had a similar putt and rolled it six feet past. Even watching that I STILL knocked it four feet past the hole.”

The comeback putt for par was Duval’s most nervous moment of the day. “I knew if I missed the chance for 59 was gone,” he said. “I very much wanted to play 18 still having a chance.”

He rolled in the putt to give himself that chance. He hammered his drive on 18, hitting it about 320 yards, which, back then, was a bomb. “I had 218 to the hole—5-iron,” he said. “I wanted to land the ball middle of the green and let it run up to the flag, which was in the back. When I hit it, I thought I’d hit it exactly the way I wanted to. I just stood and watched it roll towards the flag.”

The ball stopped seven feet from the cup. Duval then had to wait his turn. Maggert and Tway, understanding Duval had a chance to make history, wanted to putt out to clear the stage for him.

“They iced me,” Duval said, laughing. “They each had about a three-, four-footer and it felt like it took forever for them to finish. Seriously, what they did was very cool. They both knew what was going on.”

Duval stood off to the side while Maggert and Tway finished. He didn’t want to even take a look at the putt until it was his turn. “I didn’t want to over-analyze it or over-think it,” he said. “I wanted to go through my normal routine, stand up there and hit it. If anything, I went a little faster than normal. [Caddie] Mitch [Knox] and I had the exact same read, on the right lip. If I putted it outside the hole at all, it wasn’t going in.”

Duval was pretty certain he’d made the putt as soon as he released it. “Two feet out, I knew it was in,” he said. “It was a great feeling.”

It was one of a handful of times in his career, that Duval dropped his stoicism, shaking his fist a few times, clearly thrilled by what he had done. He came back to earth quickly. “After the first moment there I thought, ‘You better sign your scorecard right,’” he said.

Duval’s round left him at 26-under-par 334 for what was then a 90-hole tournament. Several players behind him, notably Pate, who had led Duval by six strokes at the start of the day, still had a chance to catch him.

“I did NOT want to play off,” Duval said, laughing again. “To try to go out and play again after reaching a climactic moment like that, I honestly don’t think I could have pulled it off. I probably would have lost.”

There was no playoff. Pate needed to birdie 18 to tie but failed to do so. Earlier in the round, watching Duval’s number drop more and more under par, Pate had been heard to say, “Well how many goddamn under par is he?”

The answer, at day’s end, was 13. Pate shot a more-than-respectable 66 and still lost by one.

Two months later, Duval won the Players Championship and passed Tiger Woods to become the No. 1-ranked player in the world. He was No. 1 for a total of 15 weeks. In 2001, he won his first and, as it turned out, only major title, winning the Open Championship at Royal Lytham and St. Anne’s.

He was 29 when he won that championship and, remarkably, he never won on tour again. Injuries were definitely a factor through the years, but he readily admits that something went out of him after that victory.

“I had worked all my life to get that win,” he said several years ago. “Hours and hours of practice. When I won, it felt great, but there was a little bit of the, ‘Is that all there is?’ feeling. I thought I would feel differently about life, but I didn’t. Something went out of me after that.

In 2003, he met Susie Persichitte, fell in love and found happiness away from golf. He adopted Susie’s three children and they had two of their own, Brayden (Brady) and Sienna. Duval had one brief comeback moment when he finished tied for second—behind Lucas Glover—in the 2009 U.S. Open at Bethpage Black. But he never got close again to being the player he had been that remarkable day in 1999.

Duval has worked for Golf Channel since 2015 and will continue to do so this year. He turns 50 in November and says he hasn’t really given any serious thought as to whether he’ll try to play the senior tour (PGA Tour Champions) next year. He had surgery on two discs in his neck last summer and is just now starting to feel comfortable swinging the golf club again.

“I didn’t play at all for almost six months,” he said. “I still like to play, but I also like being at home—a lot. I went to the driving range with Brady a few weeks ago and I was starting to hit the ball a lot better. He said to me, ‘dad, do you think you’ll ever be able to hit it again as long as I hit it?’ I laughed and said, ‘No way, absolutely not.’”

Twenty-two years ago this week, Duval made everything—or, more accurately, hit it so close he almost had to make everything. Other than a par at the par-5 sixth hole, his round was close to perfect.

Al Geiberger was the first to score 59 in 1977 and Chip Beck followed in 1991. Since Duval, there have been nine other rounds on tour under 60—Jim Furyk shot a 58 and a 59 and seven other players have posted 59. Those to accomplish it include Paul Goydos, Stuart Appleby, Justin Thomas, Adam Hadwin, Brandt Snedeker, Kevin Chappell and Scottie Scheffler.

“The next barrier is for someone to shoot 14 under par,” Duval said. “No one’s done that yet. And I do mean YET. It’ll happen.”

Duval’s biggest thrill in golf was his victory at Lytham and St. Anne’s. He says the next four are hard to rank: the win at the Players (which he thinks of as a major); getting to No. 1 “in the era of Tiger”; playing on a winning Ryder Cup team in 1999, and the 59 at the Bob Hope. “It’ll always be the Hope to me,” he said. “I remember growing up, the Hope and the Crosby [at Pebble Beach] were the two tournaments you HAD to watch early in the year. To shoot 59 there AND win, well, that was really cool.”

Duval had one other thought about watching his younger self come back to life again this weekend.

“I wonder when they show the replay this weekend, if my shirt will be tucked in on 18,” he said. “I’m guessing it won’t be. Some things never change.” 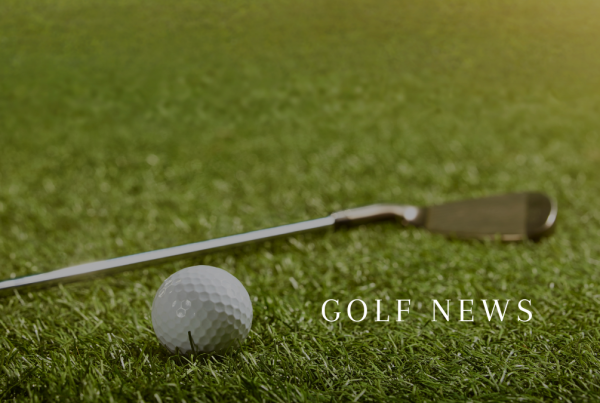 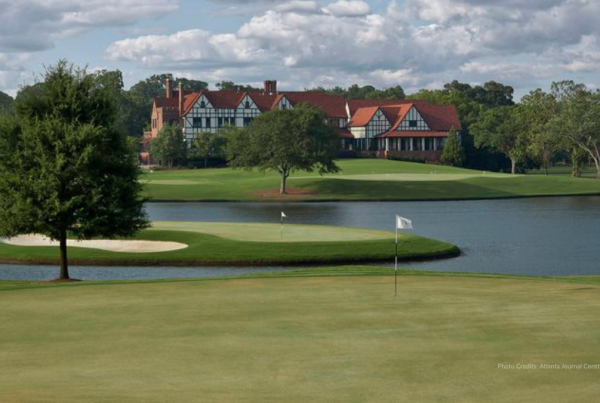 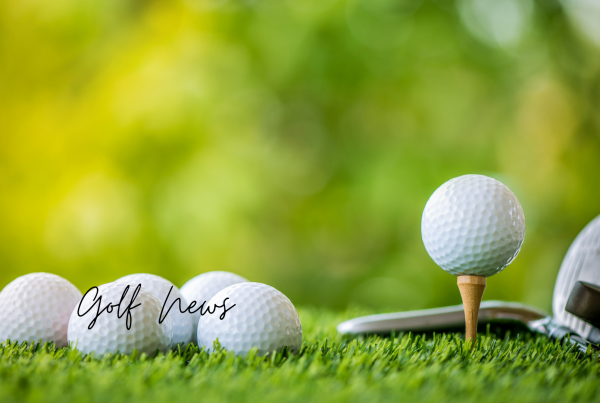